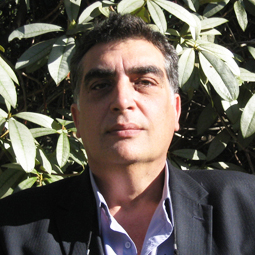 Associate Professor Andre Ktori founded the London based music collective AudioRom and is a BAFTA, Milia d’Or and Millennium Product award winner . He has exhibited in international venues such as The Tate Britain, Museu d’Art Contemporani de Barcelona and Musée du Louvre.

Andre has also worked in convergence media developing cross-platform opportunities for organisations such as the BBC, Sky, Open, V2 and Nokia, He has also partnered in various creative arts labs and research projects for The Department of Trade and Industry, The European Commission, London Arts Board and the BBC.